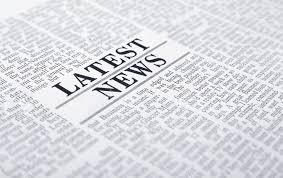 Excerpted from “Recruiting Ramp-Up: How The Volatile Market Will Accelerate Advisor Transitions”, by Frank LaRosa

With market fluctuations becoming the order of the day, advisors are distracted by the implications of a down market and rightly so. For many advisors, this is the first time they have seen their client portfolios take a substantial hit and with that comes the inherent questions from clients and needed recalibrations to focus on driving the best possible margins on assets under management.

With those conditions in full effect, one might think, as advisors and firms are in the weeds with client-facing activity, that the recruiting market may slow down in the second half of the year. That; however, is far from the case. In fact, many firms are gearing up for a major recruiting initiative and the time for advisors to make a move to a new firm partner has never been more compelling, or lucrative, than it is right now.

The logic behind the recruiting ramp up is a simple one driven by dollars and sense. Firms have received an influx of additional capital due in large part to higher interest rates. As the firms look ahead and evaluate how to achieve the best profit margins for year-end, the most efficient and expedient way to gather assets and balance the books is to recruit top tier advisors and teams. By putting the additional capital from interest rates to work, firms are putting together transition deals which are extremely enticing to advisors, both financially and in terms of the benefits, support, and resources being offered.