Ep.58: Much Ado About Nothing – The Protocol Non-Event 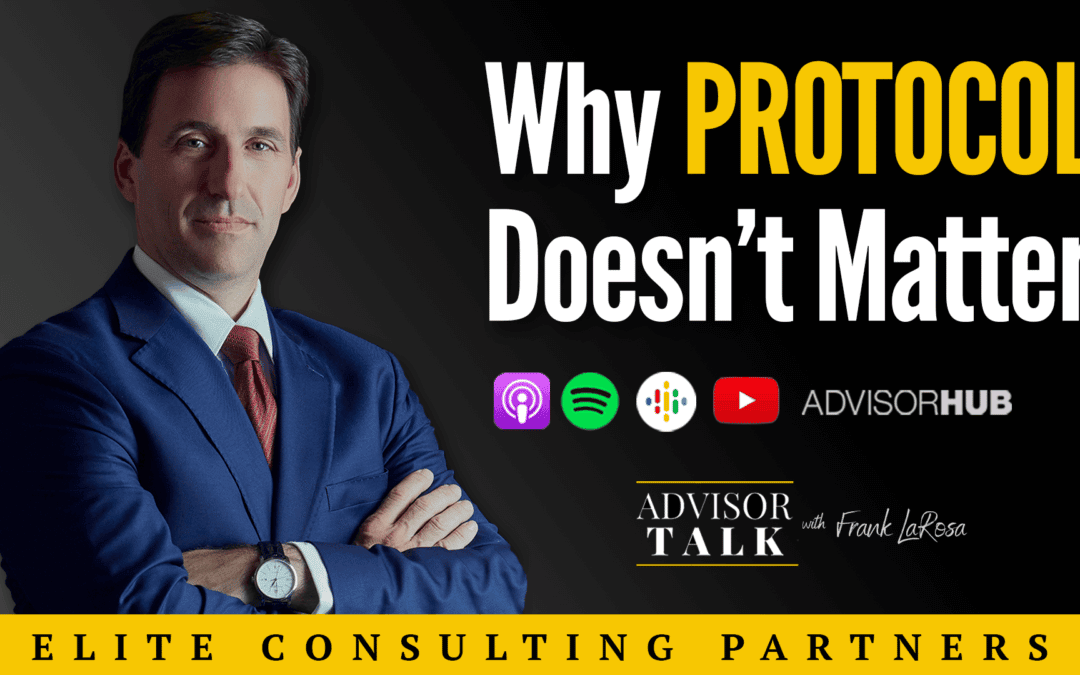 In the past, whether a firm was or was not in protocol played a major role in an advisor’s decision to move firms. Afterall, non-protocol firms were sending the none to veiled message that clients were theirs and not advisors. This left non-protocol firm advisors to question – ‘if I make a move, how does it impact my future success’. The answer to that question is it doesn’t, as discussed by Elite Consulting Partners CEO Frank LaRosa and Dale Dempsey in an episode which outlines just why protocol doesn’t matter any more when it comes to your decision to make a move.

Discussion topics include:
* why advisor preparedness and strategic thinking are more important than protocol when making the choice to switch firms.
* how keeping your client list up-to-date is a vital safeguard if you do decide to transition.
* how the Merrill Lynch and the ‘will they or won’t they leave protocol’ rumors aren’t carrying the same weight as they have in the past with other large firms.
* how playing by the rules when moving to a new firm establishes the groundwork for success moving forward.

When it comes down to it, deciding to make a move to a new firm should be about you, your goals, your family, and your clients. If you have been diligent about your practice and done the hard work of developing client relationships then protocol is a non-factor. After all, the firm you are leaving can’t erase your brain and the knowledge you have attained. Which means, it’s time to evaluate and take the next right step for you as an advisor – whatever that may be.