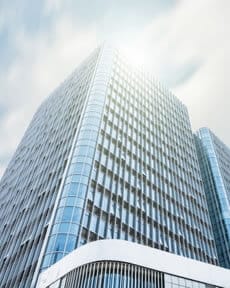 Wells Fargo is under siege from every angle and it is easy to understand why. The mountain of corporate missteps, questionable ethics, and outright fraud have resulted in a series of investigations and fines for the once storied wirehouse, the ramifications of which have yet to be fully realized. There is seemingly no end insight for the Wells Fargo storm and it is in the best interest of Wells Fargo advisors to take full stock of the situation, use common sense and sound judgement, and understand that things are going to get worse before they get better.

As a proud youth football coach for the last 11 years, I have taught my players that the best offensive play is to watch the opponents feet and hips to determine where they’re going.  Translated to the case of Wells Fargo, advisors should watch the feet, i.e. intentions, of the Wells management team. The recently announced strategic decision by Wells Fargo’s C-Suite to cut 10% of their support staff over the next 3 years is a pretty big tell. If Wells Fargo leadership was anticipating revenue and profit growth in the near-term, they would not be cutting 10% of their staff. Further, staff cuts will inevitably hurt service initiatives and create even more stress for advisors in the field. Once again, Wells Fargo senior management is sending the message, indirectly at least, that they are still not out of the weeds when it comes to their troubles and don’t expect to be for quite some time.

Imagine a bonfire with everything reduced to charcoal and fragments. This is the situation at Wells Fargo. The company lost substantial personnel assets over the last two years and it is projected future losses on the PCG-side will be massive. Effects can already be seen at the branch level where efforts to consolidate have resulted in huge margin losses, management and leadership departures, and support cuts. These short-term issues will only magnify the problems at Wells and lead more assets to leave, particularly when geography comes into play. Most assuredly, with the FiNet wait list at 9 months and a lack of any internal options, Wells Fargo can anticipate more high quality clients taking their business elsewhere with their advisor pool following not far behind.

Profits and corporate structure aside, Wells advisors should also be concerned about the fall-out subsequent to the resolution of their firm’s multiple regulatory and criminal investigations. There will be the sweeping compliance and oversight changes that the entire organization will have to deal with to show regulators that the company has learned from its mistakes.  This is an issue that, due to the gravity of the investigations, any reasonable person should expect  will result in dramatic changes for the Wells Fargo organization in its entirety.

What I find most interesting, given the consensus of the majority of people I speak with on a regular basis, is the recent publicized news that Wells has landed recruits of notable size.  With the number of quality firms in today’s market that an advisor can choose from, both on retail side and the independent side, one can only assume that these advisors joined Wells for the insane deals being thrown around right now.  Most experienced industry insiders – including recruiters, leaders at firms, and branch managers – would agree that the single biggest mistake an advisor can make when making a move is to move for the money.  When a firm, as is the case with Wells Fargo, is throwing around the cash deal of a lifetime, you should ask yourself one simple question. Why?

The only real answer in the case of Wells Fargo is they have to deal with their short-term negative press and cash is the only enticement they have left to solidify relationships with their advisors. If you are a Wells advisor or advisor prospect, given these facts, the guidance is clear. You should either stay where you are or look for a better option.  The after-tax difference in retail firm deals is not usually life altering, but being at the wrong firm can be if it leads to a significant loss of your client base and stress as it becomes harder to get the simple things done.

Don’t get me wrong. I don’t advise my clients to move for free, but I’m always concerned when they throw logic to the wind and look for the biggest check as these moves usually result in a wrong place, wrong time outcome for both the advisors practices and their clients. The mistake of being blinded by the glare of a “huge deal”, only to find out you would have been better off staying where you were, is ultimately not worth it. Do your homework. Consult with a transition consultant who works with multiple firms, and talk to advisors who have recently left the firm. In the end, if Wells advisors and prospects display the sound strategic thinking that the Wells company leadership didn’t, the advisors personal careers and future opportunities will be just fine.