The Rise of the Hybrid RIA – A Financial Services Odyssey 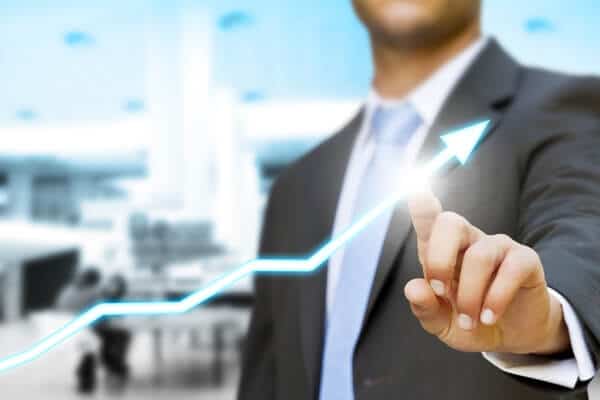 The hybrid RIA model is alive and well as its attractiveness and flexibility continues to prompt advisors to maintain an affiliation with both the corporate RIA and their independent broker-dealer partner – a topic which I recently discussed in a Voices column for Financial Planning, “Independence is Seductive, But Even RIA’s Shouldn’t Go It Completely Alone“. There has been an industry-wide movement to fee-based business over the last 30 years for various reasons, including less risk for retail wealth management firms, the so-called “stickiness” of those assets, and the predictability of the recurring fee revenue stream. Yet, even with many firms implementing DOL-inspired compliance and operational policies, commission business in the form of variable annuities and other commissionable investment strategies have retained their appeal to both advisors and their clientele.

As a backdrop, it is instructive to analyze the first “breakaway advisor” movement which was prompted by the sullying of the names of the major wirehouses due to the credit crisis and Great Recession of 2008-2009. During that time, many large firms began losing their big name branding luster, a fact that was accelerated by the perception that these same firms’ mortgage banking, CDO, structured product, and trading desks created the mortgage and credit crisis in the first place. It was also during this time period when many wirehouse advisors and large teams began to breakaway to the independent financial advice platforms namely registered investment advisor (RIA) firms, with the rationale being the wirehouse firm’s brand was more of a liability than an asset to their financial advisory practice. And so began the first wave of break-away advisors migrating to the RIA space.

In charting this new course, many of the advisors decided to form, found, and operate their own independent RIA. In some cases, this meant relinquishing their Series 7 licenses and choosing not to register and affiliate with a broker-dealer. This positioned these advisors as both truly independent and fee-only, and entirely new concept in the industry at the time. However, much to the chagrin of the newly-minted fee-only independent RIAs, their existing and prospective clients still saw the value in allocating a portion of their assets to commission-based variable annuities, C share mutual funds, and individual securities including equites and municipal bonds. Thus, the client conversations with fee-only advisors went something like this, “If you can’t offer variable annuities or the ability to buy stocks, bonds, and mutual funds I’ll have to do that business through another financial advisor who still offers these products and services”. Anecdotally, many advisors at this point started to re-think their decision to no longer maintain FINRA registration and the broker-dealer affiliation necessary to execute commission-based investment strategies.

Flash forward approximately 10 years and Cerulli’s recent release of the research report, “U.S. RIA Marketplace 2018: Designing a Framework for Independence”. This study found that from 2012-2017, hybrid RIAs doubled their share in the advisor headcount market, from 4.1% to 8.8%. In addition, those hybrids showed better growth than their independent RIA peers in that same five-year period as measured by assets under management. The study also found that outperformance to be particularly acute between RIAs in the $100 million to $250 million AUM tier. It is no surprise then that the hybrid RIA model continues to flourish, and grow.

By conducting business under a hybrid RIA structure, financial advisors are in a position to serve their client’s commission-generating, individual securities and insurance/annuity business via their affiliation with their independent broker-dealer partners. Simultaneously, from a business owner perspective, hybrid RIAs are able to capture a diverse revenue stream comprised of fee-based and commission business. Thus the hybrid model provides greater autonomy for brokers while allowing them to continue to do commission-based business. The importance of commissions is evident in the hybrids’ product mix. The Cerulli study found that only 14% of independent RIAs sell variable annuities while 67% of hybrids sell VAs. Ultimately, though, it is not just the ability to commission business that has appealed to advisors, but also the support provided by hybrid RIAs’ broker-dealer which includes, among others, practice acquisition, practice management, operations, and compliance.

In somewhat of a contradiction to the findings of the recent Cerulli Report, Commonwealth Financial is assisting many of their advisors in going “fee only” and dropping their Series 7 licenses. Commonwealth executives refer to their firm as an “infrastructure provider” more than a BD and have stated identifying as a BD does a “gigantic disservice” to its menu of offerings for advisors. According to Commonwealth CEO Wayne Bloom, the industry has seen a “rapid acceleration” of advisors ditching their FINRA registrations. He also cited the firm’s expanding count of fee-only advisors in his keynote speech at the firm’s annual conference and noted many more advisors are exploring moves to fee-only as well. Said Bloom,

“As the transition to fees continues to accelerate throughout the industry I think we’re on the front end of a wave of advisors dropping their FINRA licenses to be exclusively fee-based.”

While the evolution of the advisor sector is ever in process, what is clear is the RIA, hybrid RIA, and independent broker dealer spaces are constantly morphing to meet the real and perceived needs of a multitude of interests, from the advisor to the SEC and regulatory environments. I believe the premature ringing of the death knell for commission business and independent broker-dealers is premature and, more than likely, just plain inaccurate. There is no silver bullet or magical business model to acquire, support ,and service advisors as well as their clientele. Each affiliation model has it’s positives/negatives and trade-offs. In the end, only time will tell which advisory structure will come out on top, be it the hybrid RIA/independent broker-dealer model or the fee-only independent RIA, supported by a broker-dealer masquerading as service provider, consultant, and RIA concierge.