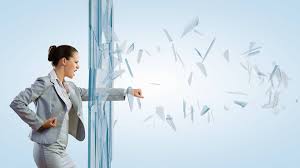 Promoting, supporting, and recruiting female advisors is not only an over-arching diversity and inclusion effort on the part of financial services firms, but is simply smart business when you consider the statistics. According to the most recent Census Bureau reports, 58% of the civilian labor force is female and women make up almost 51% of the entire population. As reported in Investment News, the number of females holding positions in each of four key advisory roles – practicing partner, lead advisor, service advisor, and support advisor – have showed a marked increase in their ranks, 2018 over 2017. Further, many firms are actively putting into place aggressive recruiting plans to strengthen their female talent pool and to place more women in top leadership positions. The most recent to join these efforts is RBC. The company, as reported in Financial Planning, has announced strategic policies focused on placing more women in top ranking positions. Currently RBC boasts 40% of its leadership as female, also according to Financial Planning. Looking at the industry as a whole, most, if not all firms, have adopted a female recruiting annual conference, among them Raymond James, Advisor Group, and Lincoln Financial Network.

While these statistics indicate an upward swing of opportunity and recognition for the talent of the female advisor, they are equally as indicative of the emergence of a new trend in financial services. The fact is, the uptick in female advisors in top positions is less a reflection of the female advisors, who were always talented and capable of those jobs, and more of the changing ethos within the culture of the financial services firms themselves. What is most important is the fact that firms are valuing, attracting, recruiting and retaining female financial advisors for the right reasons. The firms which have most heavily invested in recruiting female talent tend to be those firms which have embraced diversity at multiple levels of their organization. Further, firms which support and encourage female advisors rising in the ranks have a demonstrated management style based on inclusion and leadership. These philosophies are strategically advantageous and have the ability to poise these firms for significant growth when executed properly.

Consider first the importance of diversity and its impact within an organization. Companies actively supporting women advisors as leaders tend to not just be diverse in their advisor teams, but also within their client base and product and service offerings as well. It is simply logical that customers will want to work with firms comprised of advisor talent who understand all aspects of their personal situations, from lifestyle needs and current financial goals to retirement and estate planning. By way of example, a study by Econsult Solutions, as reported in The Economist, recorded that 62% of women would be open to switching advisors in order to best achieve their investment goals as compared to 44% of men. Additionally, according to a Merrill Lynch study, women make it a point to educate themselves about their finances with 70% reviewing their bank accounts once a week or more and 53% having an emergency fund. Also in the same Merrill Lynch report, 41% of women say their biggest financial regret is not investing more.

A diverse group of advisors naturally draws, and will be reflected in, their diverse group of clients who are eager to work with a team that is not just knowledgeable but truly empathetic and customer-centric when it comes their focus. This, subsequently, trickles down into the firm’s products and services, which will need to be robust and varied in order to address the differing needs of their client segments.

Another key factor proving advantageous to firm’s recruiting female advisors can be found in their other recruiting efforts and strategic plans. Many of these firms have forward-thinking recruiting strategies when it comes to other advisor demographics. While there are plenty of firms focused on recruiting and hiring young advisors, firms should also have a sub-set focused on recruiting younger female advisors. Further, these firms tend to actively support their advisors, be it through technology, an open-door management style, or a discerning eye towards emerging resources and their most efficient integration. These characteristics lead to not only positive corporate culture, but a strong market position as they are indicative of efficiency, positive brand image, and scalability.

The dawn of a new day has begun in financial services and it is one where those firms who walk the walk and talk the talk throughout every aspect of their organization will be the ones who succeed. Both advisors and customers are tired of beleaguered corporate brand images, ivory tower thinking, and disengaged client relationships. Those firms on the forefront of recruiting diversity will prove to be a shining example of how investing in the success of every advisor will result in the tangible rewards of a positive firm culture, stellar market image, and growing and sustainable bottom-line.