Mixed Signals – What Message is Wells Fargo Sending with their RIA Program? 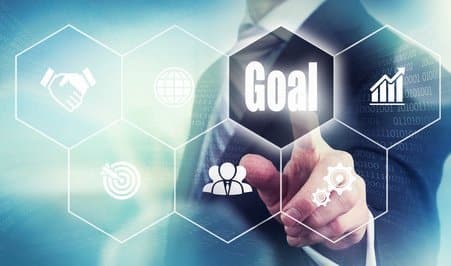 At the MarketCounsel Summit, David Kowach, president of WellsFargo Advisors, announced the latest in Wells’s seemingly endless attempts to repair both brand image and advisor attrition. According to Kowach, Wells will offer an RIA pilot program in 2019, with roll-out planned in multiple cities. We have known since September 2018, that Wells Fargo had already selected 10 advisors from its Private Client Group (PCG) to serve in the test RIA program, the terms of which required that those advisors choosing to go the RIA route with Wells Fargo would not be allowed to take brokerage business with them.  Wells Fargo will serve as the custodian of its RIA channel while tapping Trade PMR, its long-term strategic partner, as the RIA.

While the RIA business model is undoubtedly the golden child of financial services, offering the most flexible and supportive framework for advisors, how this translates into the Wells Fargo we all know is questionable. How will Wells be able to deliver autonomy, independence, and an unsullied brand image to support their new RIA advisors when they have clearly had difficulty achieving that result in all of their other business channels? Consider first how the RIA program is being managed with Wells as the custodian and Trade PMR as the RIA. The RIA space is powered by next-generation technology, which Wells has yet to provide to its current advisors, instead opting for dated legacy technology layered with a band-aid of Wells self-described ‘new tech’. The strategy could be to allow Investment Advisors to have access to the more open-architecture platform TradePMR currently offers it’s RIA’s as a third party technology and First Clearing re-seller. Which brings up an even bigger elephant in the room, and that is how is a firm so widely known for being in-flexible to advisors who are interested in things such as billing for financial planning, real social medial marketing, advisor website development, multi-custody access, true account aggregation etc. going to be able to handle Investment Advisors who want to those things and even more. How are they going to change their compliance stripes to allow more flexibility and outside the box thinking.  In the end, the Wells Fargo RIA test program leaves more questions than answers as to not only the motivation behind the program, but its ability to be successful.

Further, as one might suspect, a great deal of the advisor assets are in products that are not easily convertible to an advisory fee structure due to potential tax implications or back-end fees from annuities.. This will put every advisor considering this option in a position, by default, to look at alternatives firms other than Wells Fargo where they might be able to gain the flexibilities they desire from an RIA but still be able to maintain all of their accounts. The benefits of going RIA with a more established firm partner, with demonstrated success, advisor support, and technology sophistication, will be undeniable. Additionally, many RIAs are eager to grow through acquisition and actively pursue successful advisor teams with lucrative transition deals. While the Wells RIA program is meant to entice advisors to stay with the firm it may have the opposite effect by planting the seed that makes the advisor look elsewhere for the best RIA fit. Even if, after evaluating all of their alternatives and the other firms available in the RIA space, the advisor does choose to go the RIA route with Wells Fargo the real benefit is questionable and can only be viewed as strategic in so much as it would keep other PCG advisors away from their practice’s client assets.

Giving credit where credit is due, Wells Fargo will be the first wirehouse to enter the RIA space in a move which required foresight, fortitude, and humility. What remains to be seen is whether Wells intention to enter the RIA space is grounded in strength and courage or fear and futility. After all, this is not the first time Wells has engaged in first-mover behavior. Many years ago, Wells tip-toed into the ‘independent’ advisor channel by offering top producing advisors and teams the option of ‘profit formula’. Depending upon who you ask (advisors or Wells execs) ‘profit formula’ devolved or evolved into their FiNet option. And, let’s face it, there has almost always been an independent option through their white-labeled correspondent clearing firm, Wells Fargo Clearing formerly First Clearing.

This is not to say there is no silver lining when in comes to the Wells RIA roll-out. One would hope that the real motivation behind the program is a recognition by Wells Fargo leadership that their advisor’s happiness and compensation is more important than the bottom line, instead of being just another last ditch effort to retain unhappy and discontent PCG or FINET advisors. Additionally, Wells RIA program conveys a realization by the company that the RIA model proves to be an attractive landing spot for their advisors relative to its current, captive W-2 Private Client Group.

So which Wells Fargo will the recent RIA announcement represent – the wirehouse wizard or floundering failure, grasping at everything and anything? It seems there are more questions raised than answered by Wells RIA move, be it brave or simply bold, and it will be their advisors response – in the end – that provides the answers.